Presented by the Edlavitch DCJCC, JxJ is a multidisciplinary arts project that encompasses the Washington Jewish Film and Music Festivals, alongside hybrid arts programming.

The public programming of JxJ is split between 8+ weekly programs that take place in Cafritz Hall—a state-of-the-art performance and cinema venue in the Dupont area of Washington, DC—and an annual Festival (May 7-24, 2020) that is presented on stages and screens throughout DC and Maryland.

Between the Festival and year-round programming, JxJ annually attracts 30,000 patrons across 180+ events.

One of the largest and most respected Jewish film festivals in North America, the Washington Jewish Film Festival (WJFF) is an international exhibition of cinema that celebrates the diversity of Jewish history, culture and experience through the moving image. The WJFF is going into its 30th year.

Established in 1999 with a lead gift from the Howard and Geraldine Polinger Family Foundation, the Washington Jewish Music Festival (WJMF) promotes a broad appreciation of Jewish culture through presentations of extraordinary performing artists who preserve and invigorate Jewish music in contemporary culture. 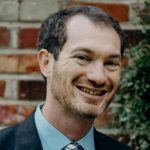 Prior to coming on as the WJFF Director, Ilya was the Director of Programming at The Picture House, a historic arthouse cinema located in Southern Westchester. The theater annually attracted over 25,000 people to a varied selection of programming with a focus on international, documentary and independent film. 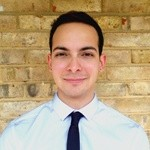 Alexis Rodríguez is the JxJ Assistant Director of Communications and Operations. He has a background in arts marketing and is passionate about bringing organizations closer to their communities. Prior to joining the EDCJCC, he worked on grassroots marketing and public relations strategies at the Baltimore Symphony Orchestra at Strathmore. He also helped develop and manage their Brainiacs program, an audience engagement aimed at boosting retention among new subscribers. Alexis graduated from American University with an MA in Arts Management in 2015 and a BA in Marketing from the University of Puerto Rico in 2012. 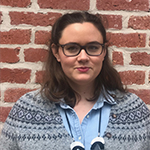 Corinne Williams is the JxJ and Theater J Ticket Office Manager. Her background is in theatrical stage management and she has worked with several companies in the DMV, including the Studio Theatre, Theatre J, and the National Symphony Orchestra. Prior to moving to Washington, DC, she lived and worked abroad in the UK and in Australia, where she worked with the Melbourne Theatre Company and the Ambassador Theatre Group. She is a huge fan of collaborative arts as well as creating experiences that are accessible to a wide range of people.