A black teenager living in Harlem (Kelvin Harrison Jr.) must prove his innocence when he is accused of participating in a robbery.

Jennifer Ehle, Tim Blake Nelson, Jennifer Hudson, and Jeffrey Wright co-star. Directed by Anthony Mandler, All Rise is based on a novel by Walter Dean Myers.

Screening followed by a conversation with producers Tonya Lewis Lee and Nikki Silver. 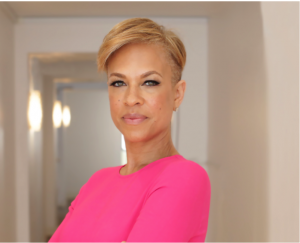 Producer, Writer, Entrepreneur, Women’s Health Advocate Tonya Lewis Lee has been hard at work for over twenty years delivering quality content and information across many platforms. Through storytelling online, in books, in film and in television, she has sought to entertain, educate, inspire and encourage positive healthy lifestyle choices and outcomes.

Tonya’s most recent television production ​She’s Gotta Have It​ Season 1 and 2 now streaming on Netflix. Her most recent film​ All Rise, ​formerly Monster, based on the Walter Dean Myers novel of the same name, is scheduled to be in theaters Spring 2020.

For over a decade, as an independent producer, Tonya has produced scripted and unscripted work, including such classics as ​Miracle’s Boys​, a six-part television series, and the television film ​The Watsons Go to Birmingham​, based on the Christopher Paul Curtis novel.

Tonya is also a best selling author penning three children’s books which have sold over a million copies: ​Please Baby Please​, Please Puppy Please​ and ​Giant Steps to Change the World ​all with Simon & Schuster. She is also the co-author of the best selling novel,​ ​Gotham Diaries​, published by Hyperion. 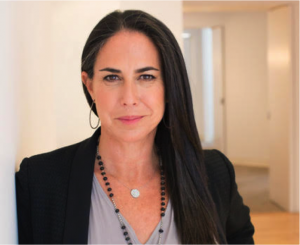 Nikki Silver is an Emmy-award winning producer and a founder of Slice Entertainment Group and ToniK Productions. Most recently, Nikki executive produced the 2019 Sundance Film Festival feature Premature, directed by Rashaad Ernesto Green, which was bought by IFC Films. In 2018, she produced All Rise, based on Walter Dean Myers’ acclaimed novel Monster. The film stars Jennifer Hudson, Jeffrey Wright, A$AP Rocky and Nas and premiered at the Sundance Film Festival. Other film credits include The Giver, an adaption of Lois Lowry’s Newbery Award-winning novel, alongside Academy Award winner Jeff Bridges, and The Watsons Go to Birmingham, based on the Christopher Paul Curtis novel.