From the start of his professional basketball career, Aulcie Perry was different. Despite signing with the NY Knicks, he never suited up for the franchise; instead, in 1976, when playing in Harlem, he caught the attention of Maccabi Tel Aviv scouts. Within a year, he led the underdog Israeli team to their first European Championship, converted to Judaism, and became an Israeli citizen.

He instantly became a national icon, a status cemented by his public relationship with supermodel Tami Ben Ami. Outside the bright lights, however, his life was fraying—a drug habit eventually landed him in jail and his girlfriend was diagnosed with cancer. Facing his demons head-on, Aulcie managed to engineer his greatest comeback, this time supporting others suffering from substance use and helping heal survivors of abuse. 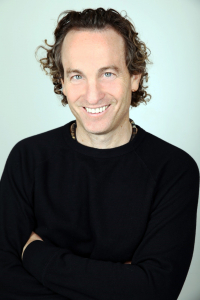 Currently living in Los Angeles, California, Dani Menkin is the twice Israeli-Academy-Award-Winning filmmaker of 39 Pounds of Love and Is That You? His films have been winning many international awards, shortlisted for the Oscars and sold world wide including to HBO, Disney, and Lionsgate.