We’re hosting a weekly live conversation through the JxJ Film Club. Each week, we’ll pick one of the titles offered on our Virtual Cinema platform and host a live discussion about it at the end of the run. No need to be a film expert, just be a film enthusiast!

On Thursdays, we’ll announce the week’s “assignment,” selecting one title from our Virtual Cinema. You’ll have until the following Wednesday at 5:00 PM to buy your ticket, watch the film, and RSVP to receive a link to join the video discussion. On Wednesday at 7:00 PM, we’ll host a virtual group discussion lead by our Artistic and Managing Director, Ilya Tovbis. 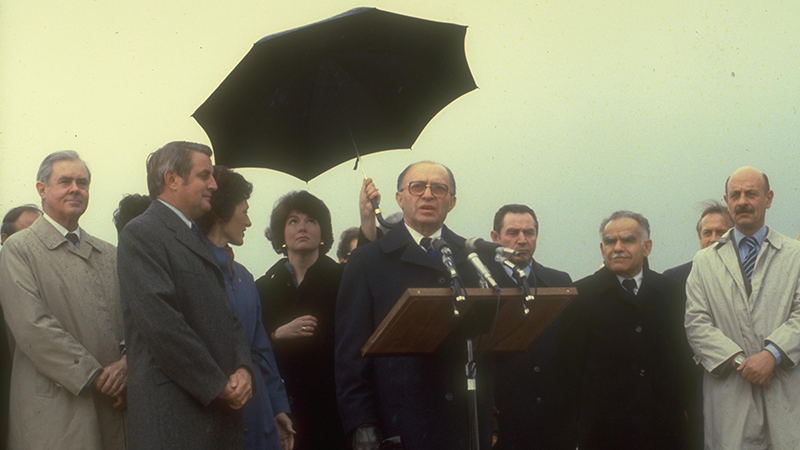 Monday, April 13, 7:00 PM
(This meeting was moved from April 8 to April 13 to account for the first night of Passover)

This stunning documentary commemorating the 40th anniversary of the 1979 peace treaty between Israel and Egypt delivers a surprising and unfamiliar portrait of Israel’s sixth prime minister.

Watch the FilmRSVP for Film Club
RSVP for conversation

The chat will be done via Zoom and attendees should sign up for a (free) Zoom account in advance of the session.

RSVPs do not include access to the film. To rent the film, visit this page.